SANTO DOMINGO, DOM.—Five taekwondo poomsae athletes capped off a successful week for the Canucks after solidifying a berth at the 2019 Pan Am Games, giving Taekwondo Canada a full team of athletes in kyorugi, poomsae and para-taekwondo competitions.

Two athletes from Calgary teamed up with three athletes from Toronto to finish second in the poomsae event at the Pan Am Games Qualification. Only the top-five nations will head to Pan Ams, July 26 – August 10 when the freestyle taekwondo discipline makes its debut at the international multi-sport event.

“The goal coming in was to finish top-five in order for us to get to the Games, so I am very excited for the team that we were able to do that,” said Seoungmin Rim, who along with Riseong Kang, were coaches of the Canadian Poomsae Team.

“I think being in second place is a blessing for us. It will motivate our athletes and coaches to train even harder and hopefully we will be able to strike higher at Pan Ams. We will be ready!”

“I’m very excited. Our performance today shows we have a good chance for a medal in Lima. We will be training for gold,” said Ha. “We have some work to do to improve our techniques, spinning kicks and acrobatic skills. We will continue training hard to make the routine stronger and sharper.”

The team from Mexico finished first in the poomsae competition. Puerto Rico was third, followed by the Americans in fourth place. Guatemala locked up the final spot.

Qualifying a team for freestyle poomsae team also gives Canadian athletes the opportunity to compete in individual and pairs events – opening the door for Canada to have a chance at four medals.

Canada was one of five countries to qualify a full team of athletes for Lima. On Thursday all eight Canadian kyorugi athletes won their qualifying matches. Anthony Cappello, who recently won a silver medal at the Para-taekwondo World Championships, also secured his spot earlier this year in the Para Pan Am Games. 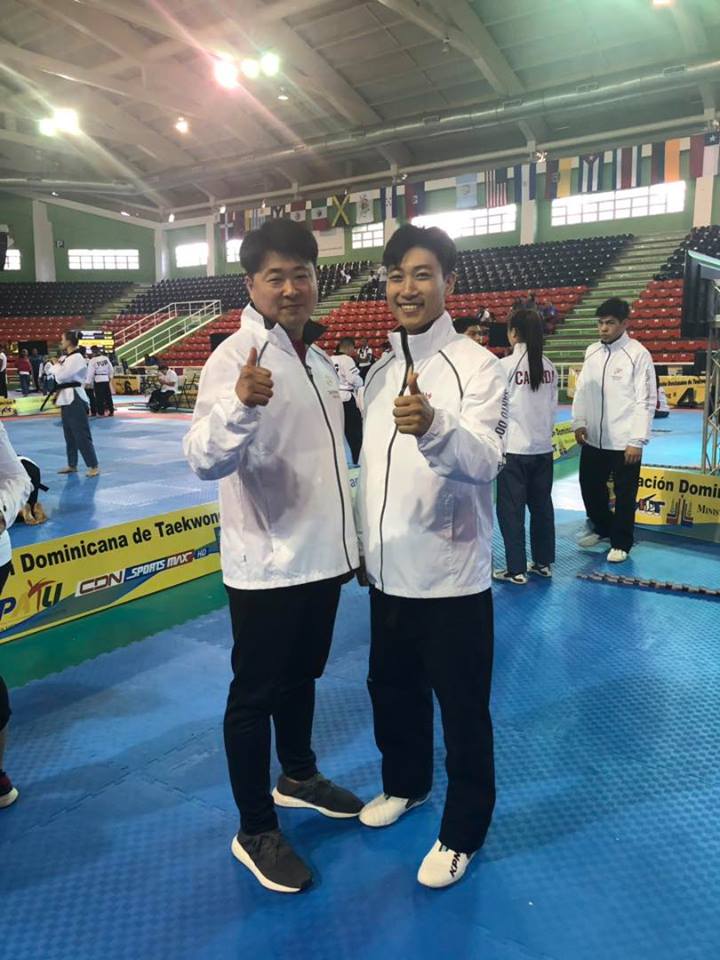 About the Author: adminmk